We remember those friends and colleagues who helped us in our early days, and honor their contributions to TCV. 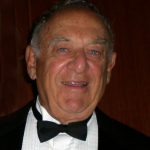 Jack Davidson recalls he first met Ed Safer in December of 1970. Although he wasn’t Irish, Ed felt compelled to tell an Irish joke designed to provoke rather then enlighten. In retrospect, it was an ironic encounter. Ed was a man who enlightened rather than provoked. Ed died on January 23, 2009. He is sorely missed by all of us at the Trust Company of Vermont. He and his wife, Norma, were instrumental in helping us start the Trust Company and we will be forever in their debt. He had unwavering confidence in us which helped us get through those days when ours wasn’t so steady. Although trained as an electrical engineer, Ed shifted careers when he arrived in Brattleboro to take a position as a stock broker with Burgess & Leith. So we crossed paths early and often.  Mentor and friend to   many of us at the Trust Company, we salute you Ed with a Gaelic “Thank You”: “Go raibh maith agat.”

Jack Davidson remembers June 3, 1999 as the day he began his first day at the Trust Company of Vermont by entering the doors of our first headquarters at 151 Main Street in Brattleboro, having just negotiated a lease with the building’s owner, Robert T. Gannett. Senator Gannett went out of his way to support us with a “sweetheart lease” that we feel was instrumental in the success of our company. As we all know, first impressions mean a great deal and this former bank building was ideal for a start-up trust company. He was our gracious landlord for ten years. More importantly, he was  our supporter.  Thank you, Senator Gannett, for all you did for us.

Joseph Constance Sr. was a founding director of the Trust Company of Vermont. We are deeply indebted to his help in the creation of our company and his ongoing contributions. We valued his experience and intelligence,    integrity and warmth, and he is sorely missed. So to Joe, “You will always be remembered on the first tee”.

Ernest W. Gibson III  was a founding director of the Trust Company of Vermont.  His erudition, gentle wit and careful counsel left a deep impression on all of us who knew him. Careful with his words, he could command a room with a natural gravitas, befitting the Justice he was.  He contributed generously to our company’s early days and will always be missed and fondly remembered.

While not technically a Founder, Ellen Lowery joined the company right after it was founded.  In the early days of the company, employee-owners had to wear many hats.  Ellen was our internal auditor and did all the important duties that go with it.  However, Ellen did a lot more than that.  She had an MS degree in technology, and she was responsible for creating and maintaining our website.  She also created our marketing material including our Newsletter, beautiful print advertisements, our brochure and more.

As good of an employee-owner as she was, she was an even better friend.  She did all the little things.  She remembered birthdays and was always interested in what anyone had to say.  She was able to thread the needle of keeping everyone on track and at the same time being respected and well-liked by those she talked to.  For anyone fortunate enough to know her, Ellen was a true gem in all respects.  She was always warm, pleasant, respectful, and extremely interesting to talk to about any topic.  She took the time to really know people and cared deeply about the company and its employee-owners.

Ellen was an amazing individual and words can’t adequately describe the incredible person that she was.  She will be missed by all that knew her.  We are all very thankful for all the wonderful interactions that we had with her over the years.  Our lives, both professional and personal, are better because of knowing her.  She was a class act in all respects. 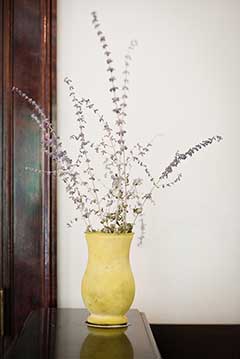